Those in attendance at the Rick Schmidt Memorial Race at the Dodge County Fairgrounds witnessed one of the most dominant victories in the history of the Bumper to Bumper IRA Outlaw Sprint series.

Carson Macedo of Lamoore, CA put on a clinic on the big half-mile clay oval tanking a convincing win and becoming the ninth different winner in IRA Sprint action this season.

Except for a brief time when he got held up in lapped traffic Macedo held fast to the front running position lapping all the way to the fifth spot. It was his second win in Wisconsin in less than a week. Macedo had competed in a Midget at Angell Park Speedway on July 3rd and won the 35th annual Pepsi Nationals at Angell Park Speedway. Macedo is only the fourth driver to win the Pepsi Nationals in their first attempt.

Tonight he hopped behind the wheel of the Hans Lein owed #17 machine, which has been piloted with success by seven-time IRA champion Bill Balog. Macedo wasted no time in adapting to the high horsepower winged 410 sprint car.

Macedo was thrilled with tonight’s outcome.

“Oh man, Hans Lein and everyboy put a great race car together”, exclaimed Macedo. “I can’t thank them enough for giving me the opportunity to do my best in a race car. I got the battling with Justin ( Henderson ), he was really good. I knew I would have to make some really good moves to get back by him”, said Macedo.

Macedo found the lapped cars to be quite challenging when leading the event.

“I luckily got through there and I’m sure Justin ( Henderson) would agree that lapped traffic was tough. It only takes one second of making the wrong move to mess yourself up”, Macedo said of the lead changes while doing battle through lapped cars.

Macedo also was hindered in the closing laps by brake issues but it did not seem to slow his pace once clear of lapped cars.

“The brakes went all the way down to the floorboard, I didn’t have any more bakes”, Macedo stated and closed stating “All and all it was just a great night!”

Only Justin Henderson of Sioux Falls, SD who was piloting a machine owned by Brandon Thone had the speed to match Macedo. He led briefly when Macedo got stuck behind lapped cars. However, once Macedo made his way back past Henderson all his competition could do is try and stay in the same time zone. When the checkered flag waved Macedo had nearly a half lap advantage on Henderson who was his nearest rival.

Henderson, who had already enjoyed a victory with the IRA Bumper to Bumper Outlaw Sprints at the Dodge County Fairgrounds back in July of 2012 was the only driver who posed a threat to the lead. Henderson craftily worked lapped traffic to briefly place himself out front, but once Macedo was able to retake the top spot all Henderson could do was secure the second position.

Henderson felt that he was responsible for giving up the lead.

“I gave it up plain and simple there, we really don’t have any excuses. The car was really good”, Henderson noted.

Giving a nod to his youthful rival Henderson joked, “The whippersnapper got to me there in lapped traffic”. Henderson further explained, “I got caught up on the #7 car there. It wasn’t his fault and I just needed to find a way by. I didn’t get the job done”. Congratulations to Carson he put on a great show there”.

The final podium spot went to Bumper to Bumper IRA Outlaw Sprint series point leader Scotty Thiel. Thiel had started in the 10th spot and managed to crack the top five during the first half of the contest. In the closing laps he would ambush Jeremy Schultz who seemingly had the final podium spot in hand. With his third place finish Thiel manage to maintain his point lead as the second half of the season has begun.

22 cars were scheduled to started the 23 lap A-main event, but an unfortunate accident had eliminated Mike Reinke in his heat race. Reinke had a wheel leave his car as had entered turn four that resulted in an end over end tumble. Though Reinke was unhurt he was unable to start the main event.

Macedo had started on the pole of the contest and wasted no time in getting the upper hand on fellow front row starter Robbie Pribnow. Henderson surpassed Pribnow at the drop of the green flag to reach second.

Only one lap went in the books before the first and only slowdown of the event took place. 2015 Rookie of the Year Kyle Marten, and Mike Kertscher who had won the most recent IRA event less than a week ago at Seymour Speedway became tangled in turn two drawing the caution.

Neither driver was able to continue.

The final 22 laps of the contest clicked off without interruption resulting in Macedo spending plenty of time working lapped traffic.

As the field returned to speed Macedo and Henderson broke away from the pack. Pribnow, running in the third spot kept the lead pair in his sights for the first five laps before the lead duo pulled away.

As lapped traffic thickened Macedo briefly slowed his pace allowing Henderson to strike. With no hesitation Henderson charged to the top spot on lap six.

On lap nine Macedo returned the favor. This time Henderson was momentarily trapped behind a lapped car coming off turn two and Macedo shot past to reclaim the lead.

Once out front Macedo began to pull away.

Moments later attention focused on the third spot were Schultz managed to work past Pribnow for the position. Further back Thiel cracked the top five.

By the halfway point Macedo’s pace allowed him to lap up to the eighth place car and he would be relentless in his charge continuing to build a cushion on Henderson who was now a dozen car lengths behind.

While the top two remained constant, Thiel was working his way forward. He slipped past Pribnow for the fourth spot and then ran down Schultz to challenge for third as the final laps approached.

Out front Macedo was about to reach Pribnow in the fifth position to put him a lap down when the checkered flag waved.

Macedo’s margin of victory had extended to nearly a half lap in spite of losing his brakes during the final circuits. Henderson finished a distant second. Thiel worked a late race pass on Schultz for third. Schultz claimed fourth and Pribnow comprised the top five.

Steve Meyer, fresh from a podium a week ago at Seymour earned the sixth spot, going one lap down in the closing laps. Scotty Neitzel earned seventh after overcoming mechanical troubles in hot laps. Russel Borland finished in the eighth spot. He had been challenging for a top five position early in the contest.

Blake Nimee made his way to the checker in ninth while Bill Wirth claimed the final top ten spot.

15 of the 21 starters were still doing battle when the event reached its conclusion.

Schultz nailed down the fastest qualifying lap of the event, pacing the 22 drivers who had checked in for action.

The Bumper to Bumper IRA Outlaw Sprints now prepare for a double-header weekend of action. Next Saturday Night July 16th the series heads to it’s birthplace at the Wilmot Raceway and then on Sunday evening it’s time for another trek to the popular Angell Park Speedway venue.

For more information on the IRA Outlaw Sprints check out the tour website at www.irasprints.com or by logging onto the series Facebook page at www.facebook.com/irasprints the series is also on twitter at #IRA_sprints. 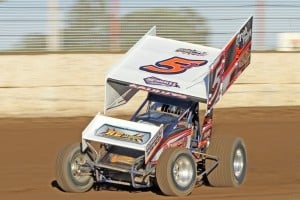 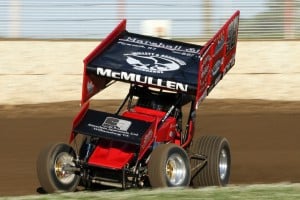 Brandon McMullen of Plymouth, WI in the 98 MSA 360 Sprint Car at the Dodge County Fairgrounds Speedway 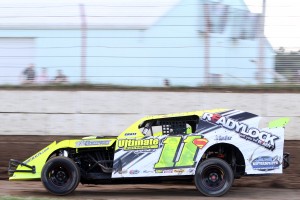 Jeff Schmuhl of Fall River, WI in the 11s Modified at the Dodge County Fairgrounds Speedway 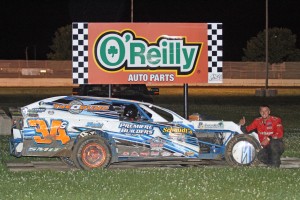 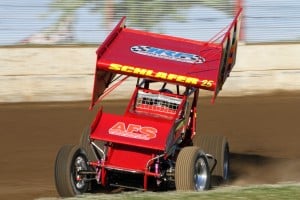 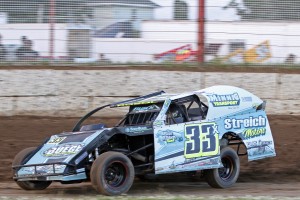 Dan Roedl of Beaver Dam, WI in the 33x Modified at the Dodge County Fairgrounds Speedway 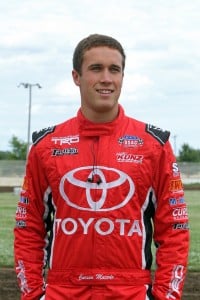 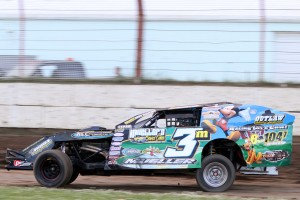 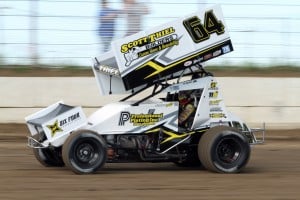