Great White and Slaughter in concert 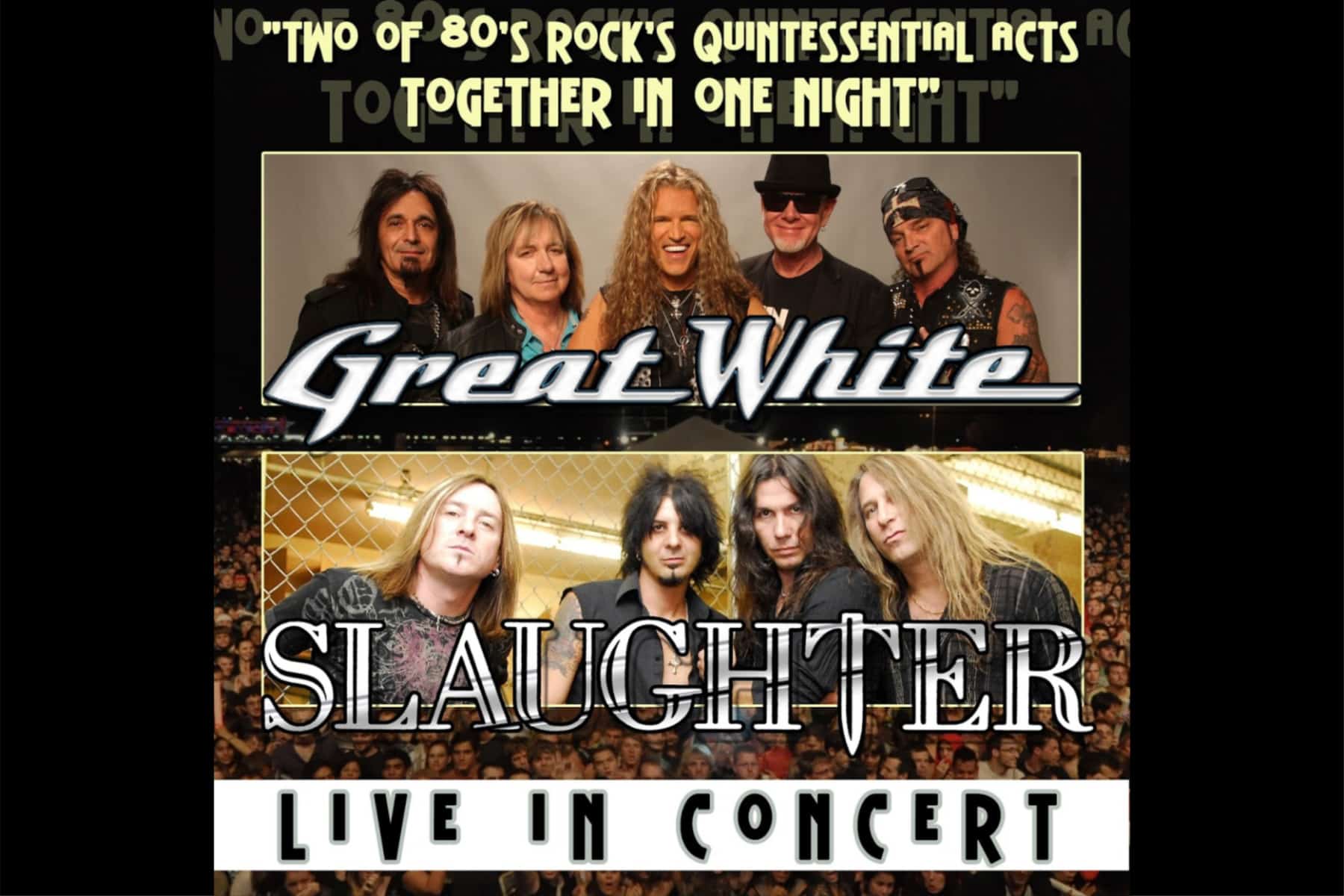 Great White and Slaughter in concert

The grandstands will be filled with thousands of fans this summer when rock music powerhouse Great White performs, followed by glam rock sensation Slaughter. Both groups will perform their recognizable hits at the Dodge County Fair for their first time on Saturday, August 17. Great White will perform at 8:00 pm, with Slaughter to follow, after a brief intermission.

Great White’s Grammy-nominated Best Hard Rock Performance sensation. Fans will also recognize “Rock Me”, “Mista Bone” and dozens of other hits from Great White. The band has sold over 10 million albums worldwide and has had two platinum albums and nine Top 200 Billboard albums throughout its career. In 2012, the band released its twelfth studio album, “Elation”.

Slaughter’s first album, “Stick It To Ya” reached double platinum status in the United States. Slaughter hard rock fans will sing along to “Up All Night”, “Spend My Life” and “Fly to the Angels”. All three hits reached the Billboard Hot 100 list.