Music by the Don Peachey Band 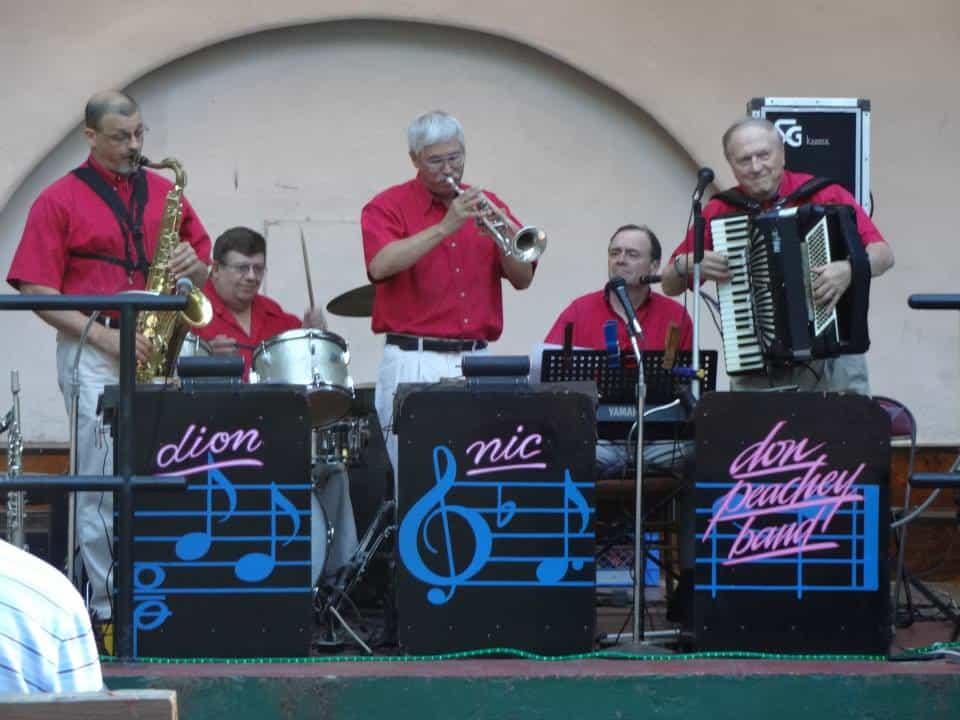 Music by the Don Peachey Band

Join Don Peachey and the Band at the WTKM Stage for an afternoon of LIVE Polka Music at the Fair.  Don Peachey has led music groups by two names during his professional recording and performing career; Don Peachey and His Orchestra and more recently, The Don Peachey Band. Peachey has recorded 18 Albums/CDs, including a popular novelty song called “Horsie Keep Your Tail Up.” Peachey was elected “Bandleader of the Year” by the Wisconsin Orchestra Leaders Association in 1973 and was inducted into the Wisconsin Polka Hall of Fame twice in 1998 as a recipient of both the Lifetime Achievement and the Senior awards.  Don is originally from nearby Burnett, WI only six miles from the Fairgrounds.