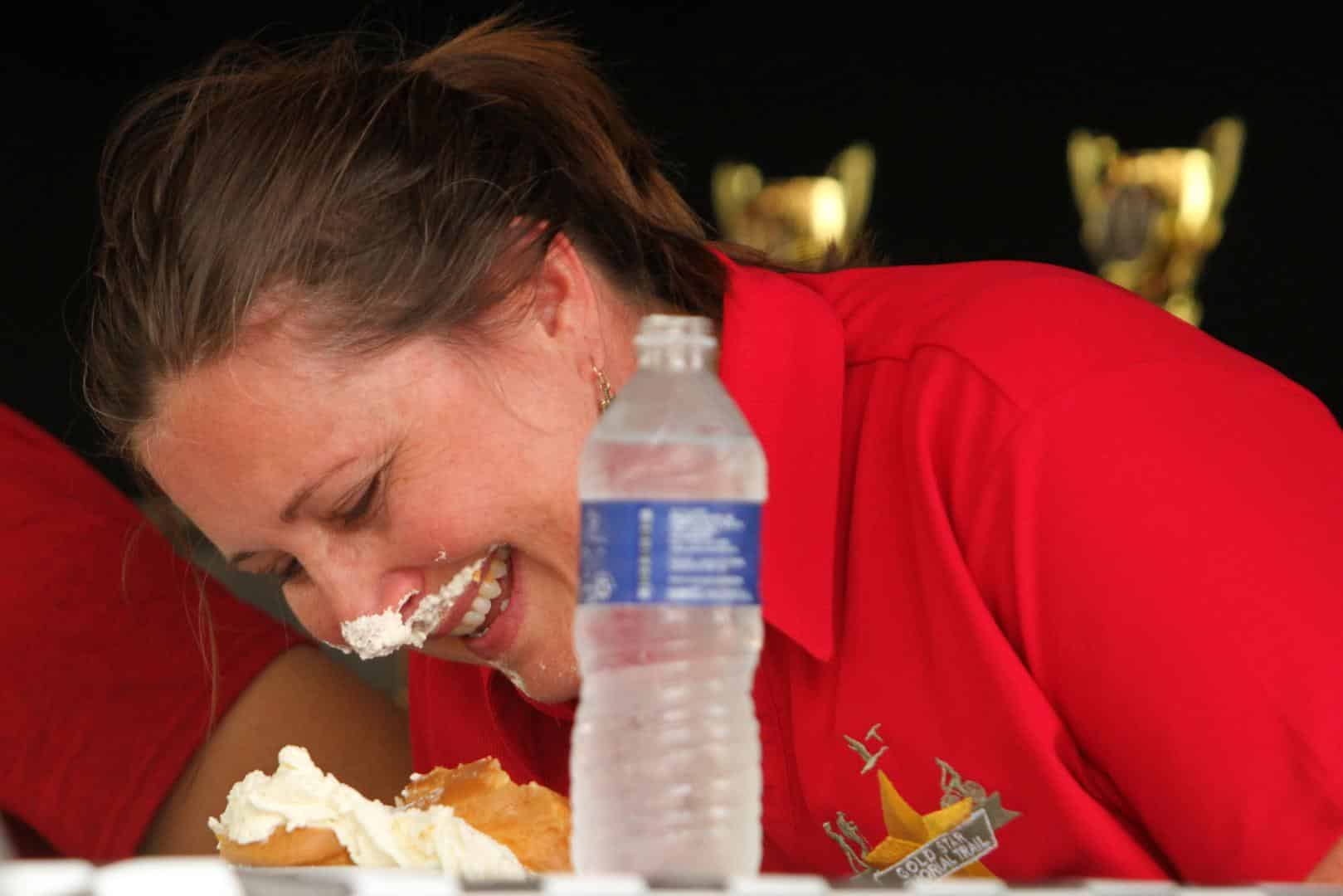 Arrive early to get a seat for the 25th annual Celebrity Cream Puff Eating Contest. Uncle Bill McCollum will broadcast LIVE on WXRO 95.3 FM as area celebrities compete against the clock. In 2019, over two dozen contestants competed, Jason Luedtke with the Leipsig 4-H won the “Three ‘H’ and One ‘C’ No Hands Allowed” trophy with the evening’s fastest time of 43-seconds. The 2014 Dodge County Fairest of the Fair Carrie Warmka took home her fourth “Sweetest of the Fair” trophy after annihilating her pastry. Warmka bested past Fairests from 2015, 2017, and 2018 along with the reigning Fairest Kennedy Ferron, Dodge Jefferson Honey Queen Holley Schwartz, and Miss Beautiful You Princess Bella Nett.