The increased purse in all five divisions was not enough to persuade Mother Nature from staying away on Brian’s Body Works night at the races. All the heat races were able to run and the Grand National’s just got their feature in before the skies opened up!

Get weekly event reminders, sign-up for our email newsletter at http://eepurl.com/s-WgL

Jeff Richards and John Stanton led the field around for the Daizy Sweeps feature event as Stanton took the early lead with Todd Ascherien racing into 3rd spot. The first caution came on lap 5 and on the restart Ascherien moved up to battle Richards side by side for position. Ascherien took over second on lap 7 as another caution came out on lap 8’with degree on the track. Stanton was feeling the heat on the restart by the #7. Lap 9 had Ascherien take the low line and get the edge over Stanton on the front stretch as another caution came out. Ascherien kept his lead on the green as Richards pulled tight on Stantons bumper and makes the pass inside to set his sights on the leader. The leaders put on quite the show with some door handle to door handle racing. Ascherien went a little high in turn 3 on lap 10 and it was just the opening Richards was waiting for as he powered out front. The final caution came with 3 laps remaining and set the stage for a three way battle to the finish. Stanton and Richards swapped the lead but Richards led the final lap to take the win for a clean sweep followed by Ascherien & Stanton. Ascherien also won a heat.

The increased purse money rolls over into this Sunday, June 12th on M & S Fabrication night at the half mile. It is also the return of Banner Night Contest! Make a banner of your favorite driver and they will be displayed up front during the races. Banners will be judged by our 3 mystery judges and the top 3 will win a prize!

Attention Race Families:  Bayside Concessions offers a discounted Kids Deal Meal each Sunday at the Races. For $3.00 you get a hot dog, bag of chips, bottle of water and a surprise! Great deal for the kiddos!

IMCA Modified purse is $700 to win, IMCA Sport Mods will be $450 to win, $350 to the Street Stocks and $160 for the 4 cylinders! Special thanks to Jerovetz Motorsports Shock Service, Twisted Iron Custom Cycles, Muellers Service Center, Krahn Performance Racing, Schmuhl Racing and Bedker Racing for making this possible! 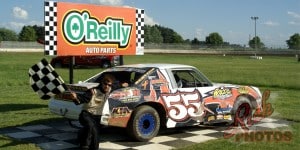 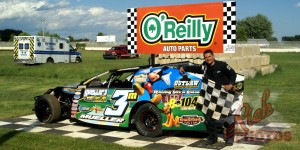 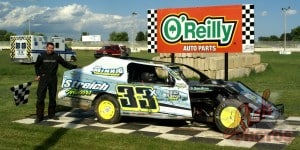 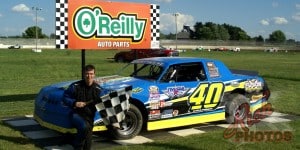 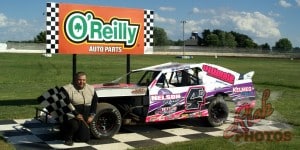 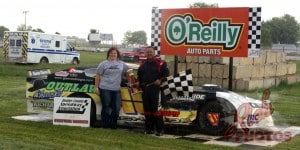 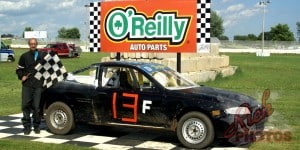