On May 6, 2016, Boy Scouts from South Eastern Wisconsin converged on the Dodge County Fairgrounds and set up camp for a weekend of fun, fellowship, and learning search and rescue skills. As night fell, the scouts all converged in a central location to watch Eight Below projected on the side of a building under the stars.

The following day began with patrol cooking breakfast for their units, staff, and guests. After everyone was fed and breakfast was cleaned up, everyone met at the grandstands for the flag ceremony and the start of their day. The morning consisted of the scouts breaking into four groups and rotating among four sessions.

After the four morning sessions, troops headed back to their sites to prepare lunch and were joined by the visiting instructors. This gave scouts an opportunity to have one on one conversations with civil servants in the community.

The afternoon consisted of two more break out sessions:

Following those two sessions, everyone met back at the grandstands and as the staff was recapping what was learned during the day and being briefed on the hasty search they were about to embark on, the crowd went crazy as a UH-60 Black hawk helicopter owned by the Wisconsin National Guard and the UW Med Flight for Life helicopter landed in front of them. The pilots and crew introduced themselves and invited all the scouts to see the helicopters up close and personal following their hasty search.

The scouts then broke into groups and were given descriptions of a lost individual. Using the skills learning throughout the day they had to work together and find their lost victim, access their situation, and get them to safety. One of the great aspects was we had members of the Dodge County Sheriff’s Department Explorer Post serve as the victims in the search. It was great seeing the Boy Scouts and Explorers come together for an event.

Following the searches, the scouts and leaders all got a chance to climb inside the Blackhawk helicopter, talk with the crew and learn about the missions they carry out. For most everyone in attendance, it was the highlight of the weekend. 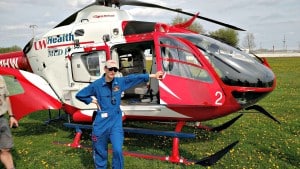 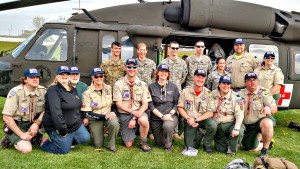 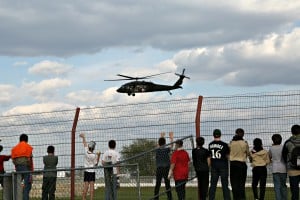