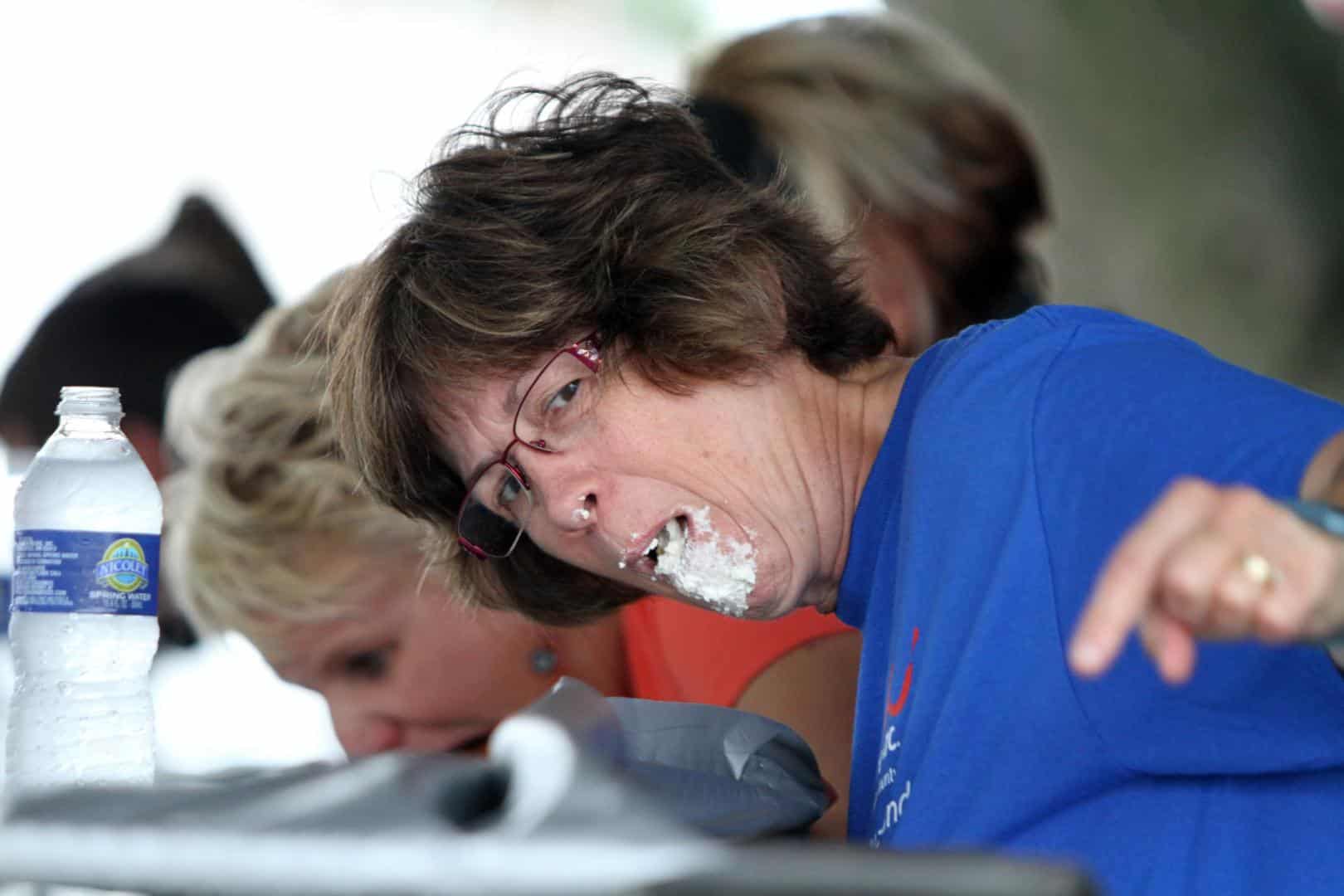 Arrive early to get a seat for the 22nd annual Celebrity Cream Puff Eating Contest. Uncle Bill McCollum will broadcast LIVE on WXRO 95.3 FM during the Barn Show as area celebrities compete against the clock. Last year over two dozen contestants competed, Wisconsin American Legion Commander Dan Seehafer kept his unbeaten record going for another year taking the Fastest of the Fair trophy from the Beaver Dam mayor, the district attorney and the sheriff, who came in second. Fairest of the Fair 2010 Danielle Clark dropped the hammer on past and present fairests’ along with the Dodge-Jefferson Honey Queen and Miss Wisconsin Princess to take home her fourth Sweetest of the Fair trophy.